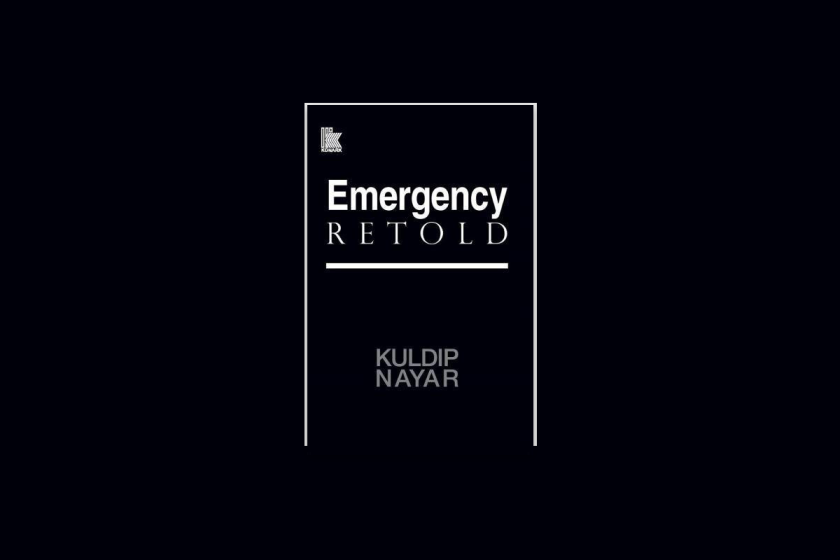 There are two kinds of historical books. The first kind is the purely academic one. One with references from multiple sources and written from a 3rd perspective. The second kind of history book is the one which is written by the author while living through it.

Kuldip Nayar’s Emergency Retold falls under the second category. The first edition of the book is from 1977, immediately after the emergency imposed by Mrs. Indira Gandhi. For many historians and political activists, India’s emergency was the darkest time in the post-independence era. However, Mr. Nayar is no historian. He is India’s one of the most celebrated journalists, and therefore, he writes like one. Like he is living through the era.

When I write, he lived through the emergency. I mean it. Mr. Nayar was one of the thousands of politicians, activists, and social workers arrested under The Maintenance of Internal Security Act (MISA) act. Like many other prominent politicians during that era, Mr. Nayar, was detained without a trial for speaking about liberal ideas in India. In the book, he presents a detailed account of the situation.

The book starts right at the onset of the declaration of the emergency. The Allahabad high court’s famous judgment of June 12, 1975 (which found Mrs. Gandhi guilty of misusing government officials and machinery for her 1971 poll campaign). One must know that before this decision, Mrs. Gandhi, the daughter of India’s first prime minister, was called as the incarnation of goddess Durga. Her fan following was such that Mr. DK Boorah, a prominent politician in Indian National Congress, coined the term ‘India is Indra and Indira is India’

Mr. Nayar’s emergency retold takes into account of all the events that happened in the following years. There are pages on the parliament sessions with the full-length speeches from politicians from both sides. There is, of course, mention of Sanjay Gandhi. Indra Gandhi’s eldest son, who was in his 20s and architected the entire emergency. If I were reading the book in a digital format, I could have guessed that Sanjay’s name was coming up nearly 10,000 times in various contexts.

Along with writing detailed information about his time in prison, Mr. Nayar also writes some selective stories about a few prominent personalities. The chapters about the atrocities over Lawrance Fernandes ( brother of prominent statesmen George Fernandes) and Madhu Danvate was incredibly moving. He also presents a detailed account of the Jai Prakash (JP) movement and tries to explain the various cogs in motion and how they fit into each other. He ends the book with the downfall of Mrs. Gandhi and the rise of Janta Dal into power.

Kuldip Nayar’s Emergency Retold is a must-read for someone who wants to understand India’s emergency era. This book is a starting point of many other books written around this topic. Mr. Nayar further wrote two books on Indian emergency. The first book is The Judgement: Inside Story of the Emergency in India (1977) and the second In jail (1978). His last book before his death in 2018 was On Leaders and Icons from Jinnah to Modi. He died at the age of 95.

The Armenian-Azerbaijan conflict, two years after.